Another Off The Wall Production, Inc. began in 1982. It’s first project, a one-hour entertainment series “101 Rockplace” was a hit. The series ran against “Saturday Night Live” in the Houston area and frequently trounced it in the ratings.

From there, AOTWP produced numerous music-oriented series including “Videocity”, “Studio A”, “Video Majic” and the nationally-syndicated “Country Jamboree” – a forerunner to MTV’s “Unplugged” phenomenon.

It’s advertising/public relations section has produced literally thousands of television and radio spots garnering a multitude of awards including Addys, Tellies and IAAPA Brass Ring awards. From the mid-nineties through the early 2000’s AOTWP was America’s largest provider for creative and production for Six Flags.

Over the last 25 years the company has provided creative and production services for an impressive list of national clients including: Coca-Cola, McDonald’s, LucasFilms, Space Center Houston, America Online, VH-1, NBC Sports, ABC News, Belo, The CW and countless others.

The core directing/writing/producing team of Gene Wall and Doug Mattice have been churning out ground-breaking, effective productions for over 25 years and still oversee every single product from concept-to-completion. 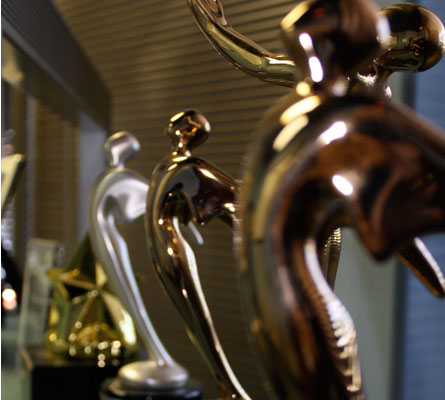